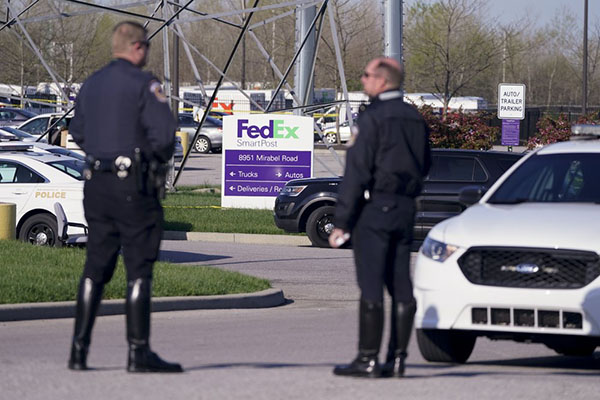 On April 15, 2021, Indianapolis was thrust into national, even international, headlines because of the shooting at a FedEx truck facility near the airport. We asked our researchers to observe how their current eight congregations responded to this extremely visible example of gun violence, but we asked them as well to look in on the thirteen congregations we had observed
in the past. Our researchers were surprised to find that the shooting was rarely mentioned by congregations on the weekend after it happened. Of the 21 congregations we were tracking at the time, only one made a forceful statement on gun violence in the immediate aftermath. The clergy leader of another congregation was highly visible during the following week in immigration related meetings where the topic of violence against immigrants came up. One pastor made a clear reference to sin being the root cause of such evil. Beyond these, there were several mentions of thoughts and prayers, but no other direct statements. Read more here.

The Polis Center’s Religion and Urban Culture 2.0 (RUC 2.0) project, seeks to understand how Indianapolis congregations are responding to the dramatic changes we all have experienced over the past several years. Among these challenges are growing economic inequality, awareness of systemic racism, immigration, political polarization, and the pandemic, among many others. Although national surveys reveal that religious affiliation continues to decline in the United States and, by implication, in Indianapolis, RUC 2.0 uses observations and interviews to examine congregational resiliency and creativity. How are congregations responding to change, and especially what are the creative responses that are worthy of notice?