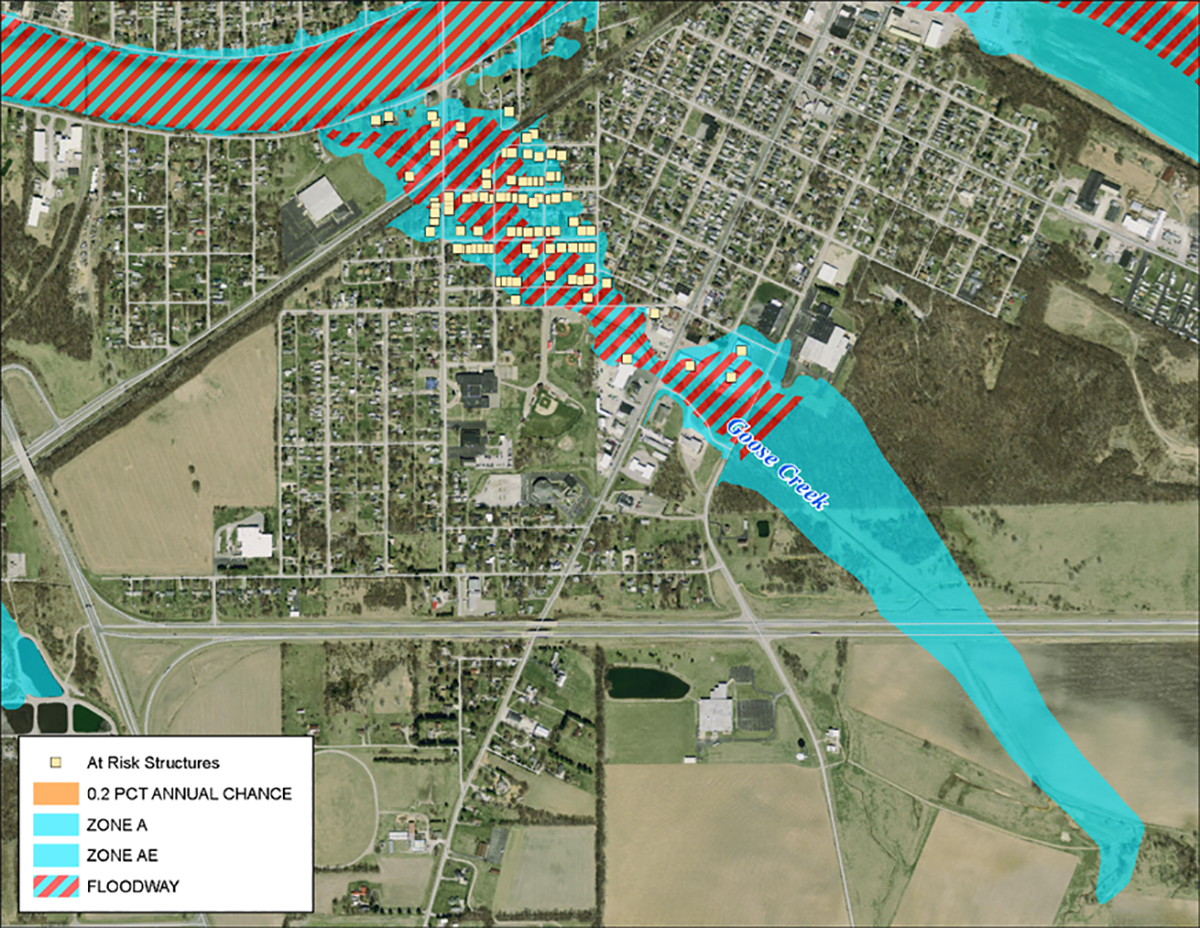 The City of Logansport endured recurring flooding issues, with the greatest concern being the concentration of structures within the flood boundary along Goose Creek. After engaging with community officials, it was determined that focusing efforts on Goose Creek would provide the greatest mitigation impact for the city. The current effective flood boundaries along Goose Creek encompassed about 90 structures with an assessed value of more than $3.6 million. The impact of the special flood hazard areas (SFHA) of the Eel and Wabash Rivers as well as Goose Creek was modeled along with multiple mitigation scenarios.

In February 2017 and in partnership with the State of Indiana Department of Natural Resources (IDNR) and The Polis Center, FEMA Region V (of which Logansport is part) initiated efforts to engage the community in a process of local risk reduction activities to provide for safer communities. The Polis Center supported the project through outreach to the local community and by identifying structures at risk of flooding. That information along with hydraulic analysis performed by DNR was used to identify mitigation activities designed to significantly alleviate the cycle of flood damages. The final report translated the findings into actionable information.

The Polis Center ran an initial analysis to determine structures that were at risk of flooding and IDNR ran multiple hydraulic impact analyses, reflecting the impact of the suggested modifications along the area. Based on the results and the number of structures and their associated building values that were hypothetically removed from the Special Flood Hazard Area, the scenario with the greatest positive impact was determined to involve the construction of a two stage ditch and the removal of two foot bridges. This scenario would allow 54 structures to escape the Special Flood Hazard Area.

PREVIOUS PROJECT BACK TO MORE PROJECTS NEXT PROJECT